Get Rid! or Cultures of Sound in Grassroots Football is a project that has grown out of my engagement with grassroots football in Oxfordshire. Without a particular plan or framework in mind I will be making sound recordings of my experiences as a youth team coach; as a spectator at matches in the North Berks or other local grassroots adult leagues; as a groundsman marking out pitches; and as a member of a club committee. Grassroots Football refers to football played by amateur football clubs at youth and adult level so I won’t be visiting Didcot Town any time soon – other than for entertainment – as they are too far up the league pyramid.

Since I began making recordings for this project – and as noted above there has been no particular pattern at play – one of the most notable aspects of the experience has been the verbal culture of communication between players, coaches, officials and – when present – spectators. I am fascinated by the transformation of quiet parish council run local parks into sites of conflict and exuberant communication during the matches I have listened to.

This recording was made during the North Berks League Division Four match between Long Wittenham Athletic Reserves and Berinsfield Reserves (07.01.2017). I was driving through Long Wittenham and noticed the match taking place. I didn’t have my sound recorder to hand so had to make do with my iPhone 5s so there isn’t as much depth in the recording as I would have liked. Just before we arrived Berinsfield scored and Long Wittenham were under pressure while I was making this recording.There is a partial transcription below that provides a taste of the on pitch verbal culture accompanied by teenagers on the nearby swings discussing earlier matches in the FA Cup Third Round. 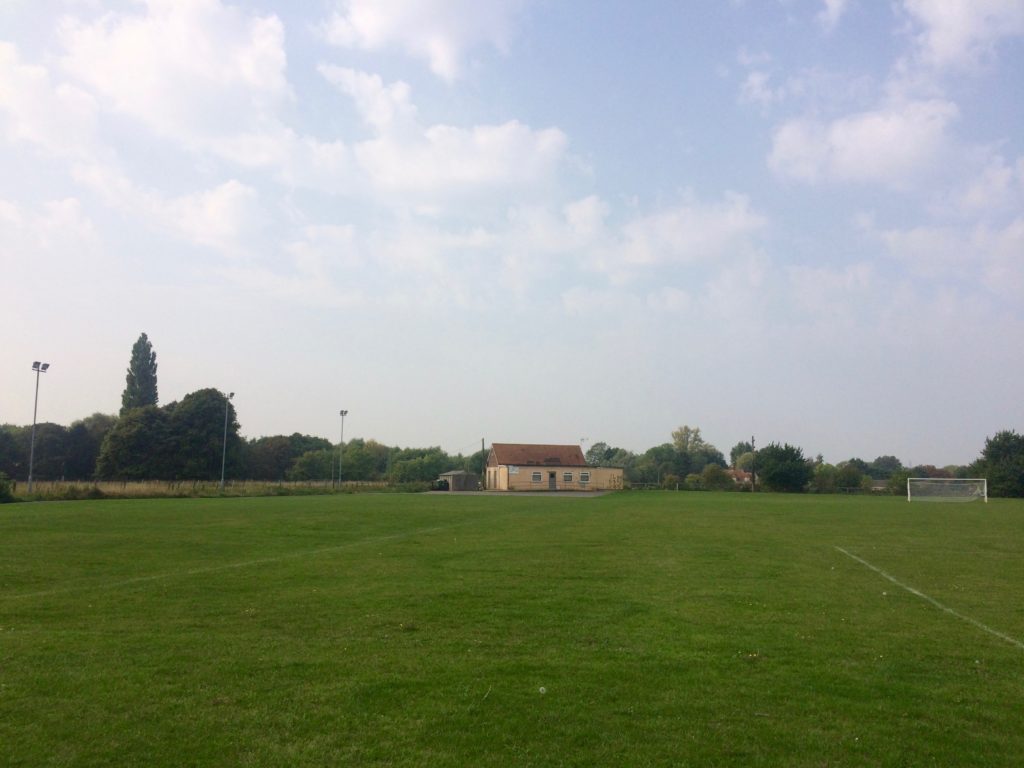 put ‘im under
time
options
send it back, send it back
AJ’s there
away again
options
it’s off…it’s off                      (go on)
get rid, get rid
come on lino
well played
use ‘im
(John Stones scored it, no, do you know why, do you know what
back in then                          (5-0, 5-0)
mark up
(Sterling)
hold, hold
good touch
AJ
away it goes…away it goes
man on, man on
keep on, keep on, keep on
let ‘im come, let ‘im come
who wants it
header
free ‘ead, free ‘ead
get round, get round
stick the man under
will’s there, will’s there
touch…touch,
ah, fuck off
unlucky, unlucky boys
yes
good ball
time Rob, time Rob
listen
options
away
ref, ref
(m)idfield, come on
good football
unlucky
well done
if you need
options…options
still ‘ere
one more
inside
nick that
one of you in the middle here
shield it out
it’s gone…it’s gone (it’s gone)
unlucky
Callum stay up, Callum stay up, stay up
quick…and back
stand there…, stand there…, stand there…
time
use ‘im
midfield, over
options
man on
on your right (on your right)
line, line
turn
Michael, Michael
handball
one more, one more
time
this way
away Andy
do ‘im, do ‘im
time
Rob, Rob, yes then, Rob
go on then
put it across then
unlucky
well done
kick ‘im Rob
midfield…midfield
yes, callum
yes, AJ
well done
keep going, keep going, keep going
spare man in the box
someone help ‘im
man on
Paul Whitty (2017)