This post is part of the Lion Seats project created by Richard Bentley. You can read more about the project here. 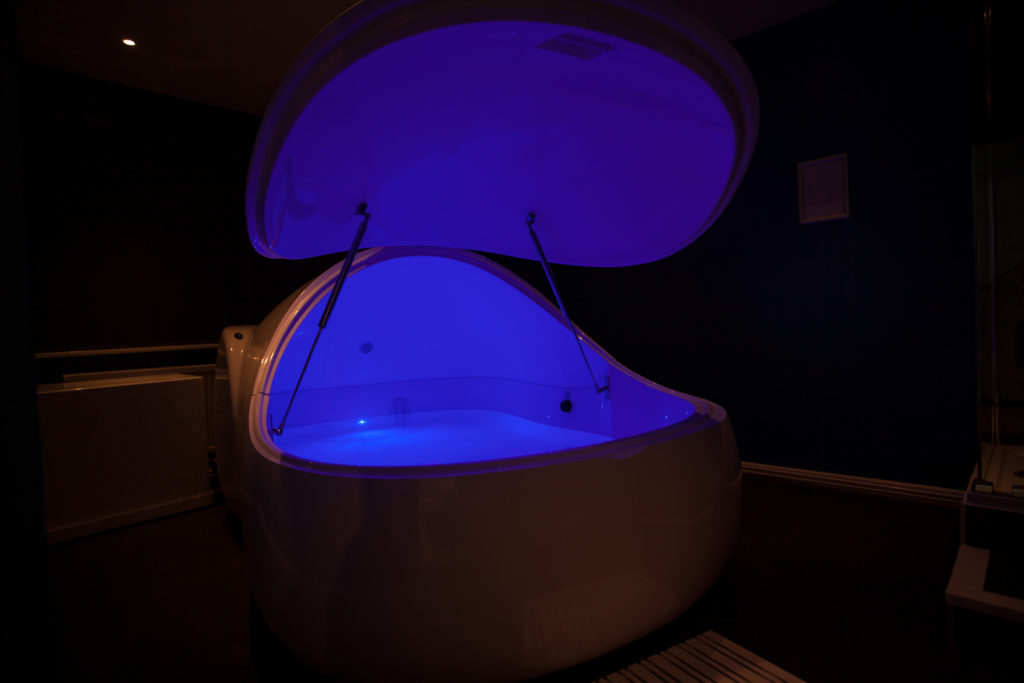 The hour-long floatation tank session began with ten minutes of restful ambient music, comprising of slowly shifting choral lines, rounded bass notes and gently modulating synth pads. I could imagine some criticising it as cliché, but its familiarity and strong associations with other relaxation treatments helped me to settle in to the unfamiliar surroundings. As I lay back and slowly sank my head beneath the water, the music took on a lower, mellower tone, hushed, less distinct and with a distant ethereal quality. Carefully adjusting my body to find a comfortable position, I noticed the movement barely made a sound. The lapping of my arms on the surface of the water was the only audible addition to the bed of ambient sound and music.

(Stereo hydrophone recording of the first twelve minutes of the float)

With the first ten minutes of the float ending, the music faded to leave a continuous low hum, soothing in its constancy. Emerging from this hum I noticed my breathing, low and muffled. Familiar, but stark in the silence, the intimate presence of breathing when the ears are submerged made me pay attention to its quality and measure. As the pace of the breath slowed, I noticed, rather disconcertingly at first, the presence of bodily sounds, much clearer than I’d ordinarily hear them. Whilst, for the most part, the rise and fall of the breath masked these, I could catch hints of the pulse in my ears, indeed throughout my body. I even sensed the pulse creating ripples in the water, particularly where arteries ran close to the surface of the skin. Holding my breath unmasked a variety of gurgles and bubbling from somewhere inside my body. Strangely, a lot of the sounds seemed to appear at or between the ears rather than from the point they originated from. This was true of the high pitched, rapid succession of bubbles occurring in small bursts, more than likely emanating from my stomach. Yet strangely, without the vibration being felt, I had little sense of where these bubbles had come from. They simply appeared as a fizzing between the ears, at the back of the head or lower neck. In contrast, the lower pitched sounds could be sensed more readily as slight tremors in the abdomen. Blinking, I even noticed that my eyelids created a flickering sound as they opened. Being cradled in the warm salty water and having familiarised myself with the novel soundscape, my body largely disappeared from awareness. I placed my attention on the rise and fall of the breath and my mind rapidly sank into a deep, meditative stillness.

For long periods of time over the next thirty minutes, my awareness of sound fell away completely. I was left resting floating in the darkness of the tank, with no sensory stimulation for reference, spare the occasional brush of my skin on the side of the tank. Yet even this sensation was so subtle that I could not tell whether I was merely imagining it. The slow fade-in of the ambient music once again, calmly announced the imminent end of the float session. Beginning with small movements, I gradually came back to awareness of the body and its sensations, exploring movements as if I were observing my body from a distance, re-learning the skill of moving one limb at a time. The noise of the tank’s filter commencing its cleaning cycle marked the end of the float and a return to the noise of the world.