This is the sixth in a series of posts investigating the close-season soundscape of football pitches on the route between Brightwell-cum-Sotwell and Winslow. There are more details of the project here.

I came across Oving when tracing the route from Brightwell to Winslow. The village lies to the east of Quainton and just south of North Marston. The Recreation Ground is on a lane called Bowling Alley and since 1892 has hosted the Oving Villages’ Cup Final. 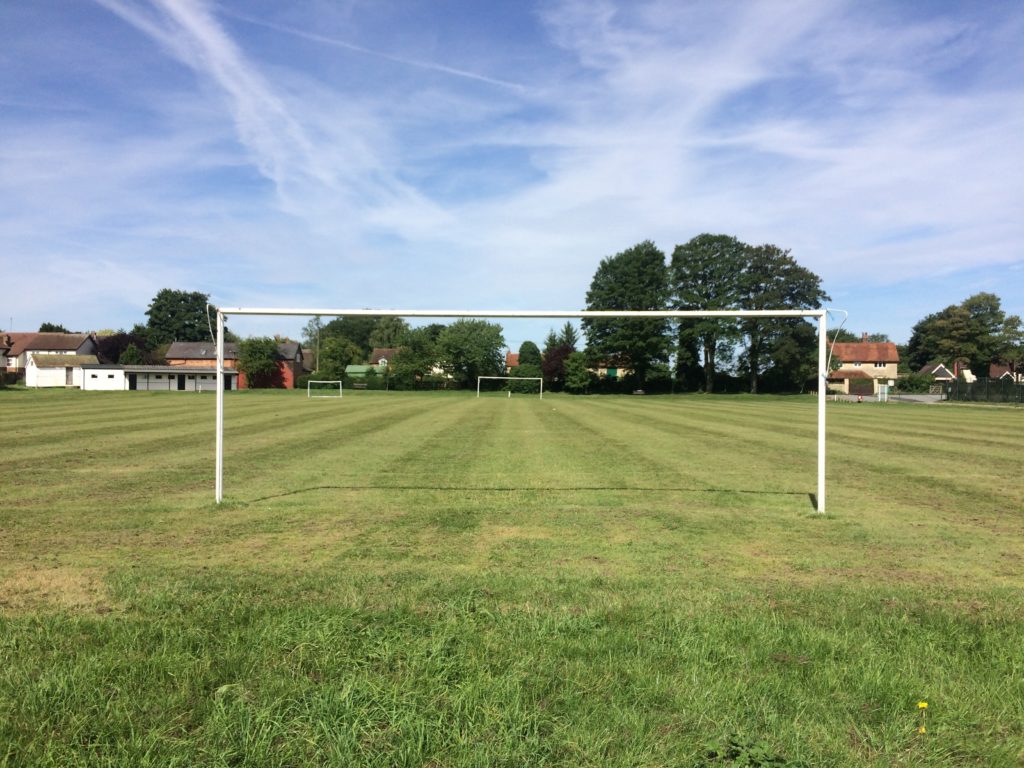 The clop of horses’ hooves on Bowling Alley; a pheasant; breeze in the leaves of the tree-line behind me – their size apparent from the resonance they create – slight dryness in their scrape; collared doves call; a pheasant – again – calls once, twice – then a flurry of calls; distant roar of a motorbike; two thumps from the bird-scarer; the murmur of chat in the lane; the faint cackle of the breeze through dry leaves; the bird-scarer more regular now; occasional birdsong from Wrens in the hedgerow; the call of Red Kites – how far away?; a rook calls – then the barely audible response of friends; a car in the lane – all of the sounding details of its approach and departure can be heard as it amplifies the imperfections of the road surface; only nearby wind sound now – leaves brushing against each other – the screen of trees to the North and East of the Recreation Ground are silent; the pitch-shifting passage of a train is overlaid with the sound of swifts, car doors slamming and a chorus of wood pigeons; single jackdaw call; slight fluctuation in sound from pigeon wings; children’s voices; a deeper rumble as a truck passes – rattling; a dog barks; the pitch-phasing of a passenger jet; wood pigeons wings; breeze; chains on steel sheet.

On my second visit I took a closer look at the cluster of pavilions at the south-east corner of the ground. One looked as though it may have been constructed in the nineteenth century – it is certainly more rustic in style – and could conceivably have been in place for the Oving Villages’ Cup Final of 1892 won by North Marston with a 6-0 victory over Waddesdon. There is also a small painted green corrugated iron hut – almost obscured by hedges – that looks like an old-style scout hut. 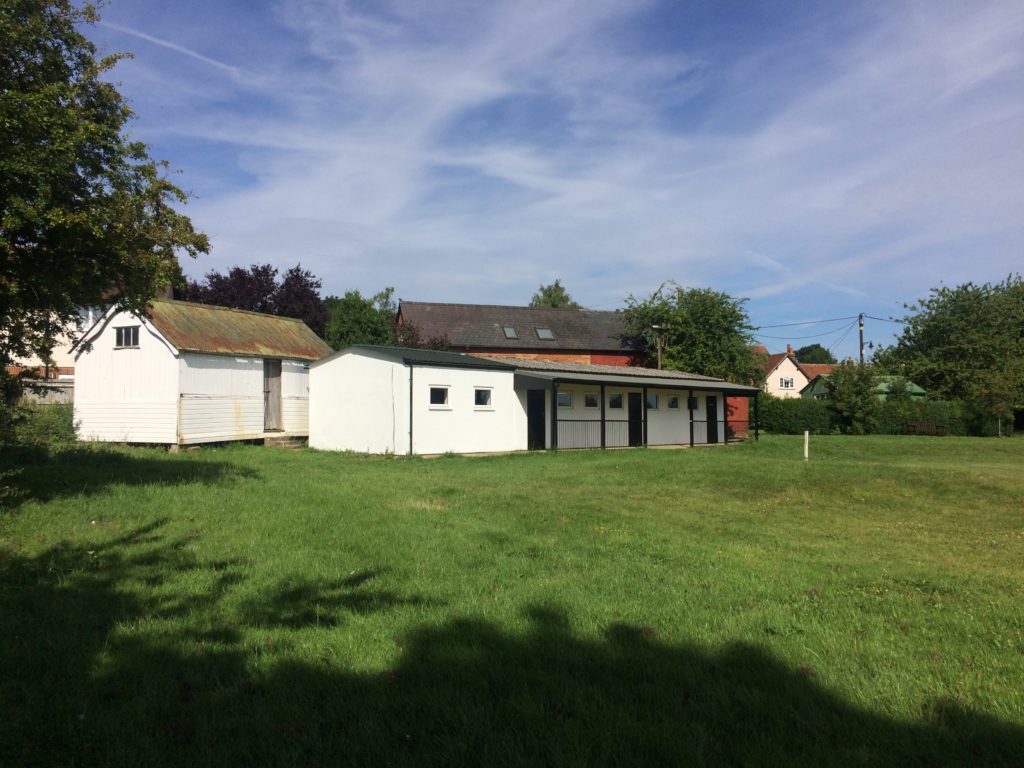 Light movement of wind activating the screen of beach trees to the north occasionally answered by the horse chestnuts laden with conkers; cars sounding the wet road surface – extra resonance; a lawn mower or chain saw sounds; occasional calls of children; wood pigeons to the south and perhaps a distant bird-scarer; someone kicks a football; a car passes with the tremolo of a vintage engine; the flap of wood pigeon wings; leaves in the hedgerow brush against each other; perhaps the mechanical drone that can be heard is a lawnmower; fast cars in the distance provide waves of pitch-shifting sound; the first sound of air-traffic – a light aircraft or helicopter; a swallow; sparrows in a back garden; a jackdaw calls; the detailed sound of a car’s passage along Bowling Alley the sound rising and falling as it passes windows in the tree-line and hedgerow – it sounds a puddle by the gate; a distant train perhaps or an articulated truck on the trunk road; farm machinery – a circular saw with a high-pitched growl as its teeth cut into the wood; a dog panting as it passes; ‘morning’; wood pigeons; very little sound of hedgerow birds; another fast car on the A road; the drone stops and the air is clearer; wood pigeons call across distance; there is more detail in the sounds of the trees; a passenger jet to the south-east with a slow rolling pitch phase as simultaneously a car sounds the wet surface on Bowling Alley triggering a babble of rooks; the jet engine continues to resonate above the cloud cover – I imagine each drop of moisture vibrating with the sound; a military helicopter passes flying below the clouds the sound reflecting and imitated by the sounding road surface.