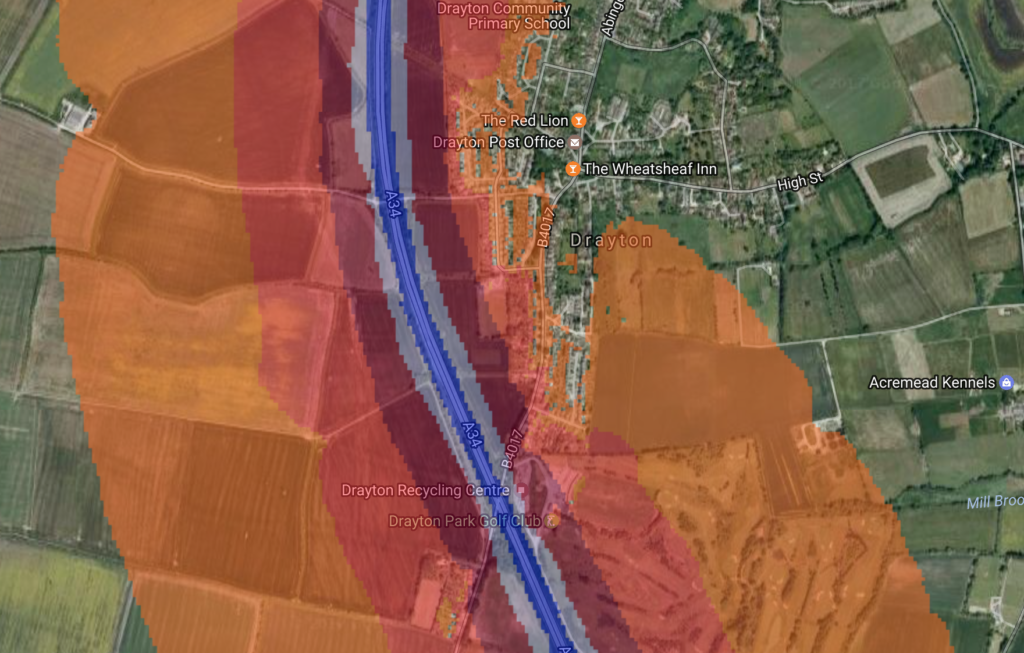 The two images in this post are taken from the English Noise map Viewer that can be found here. There is a key for the map indicating the average decibel levels represented by the overlaid colours at the end of this post. 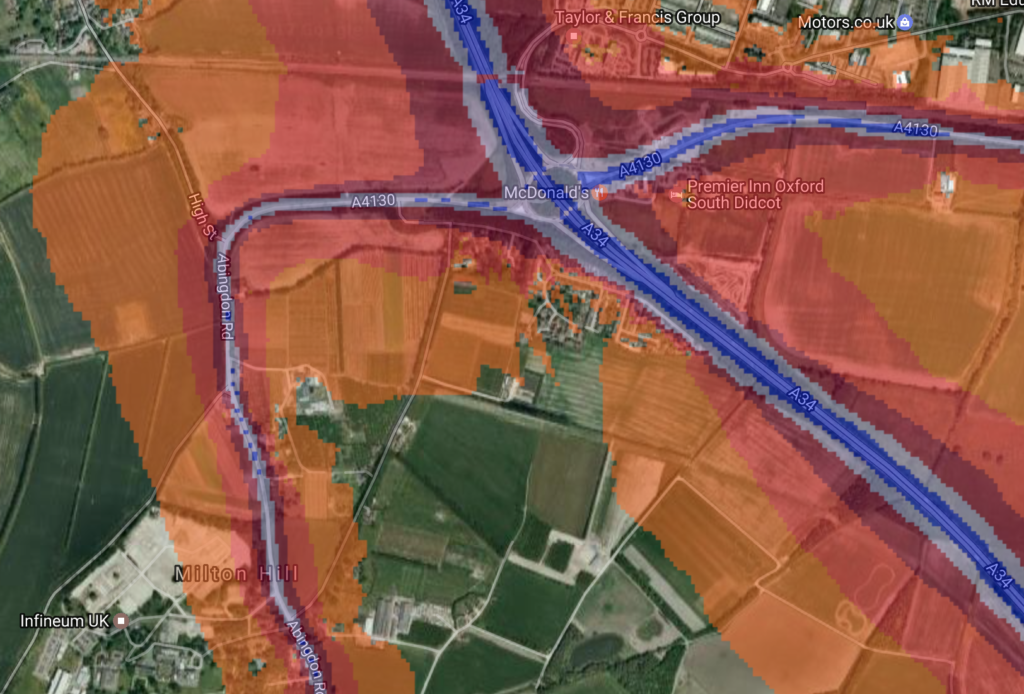 Milton United FC play at Milton Heights which sits above the Milton interchange of the A34. I made this recording from the centre circle of one of the two pitches on the site which is 370m South-West of the A34. The sound here differs radically from that at Drayton. There is more local detail and a more varied frequency range. There is a sense that we are listening to sounds from farther afield – that this is an auditory vantage point. If I turn my head to the South I can hear the road as a high frequency drone – a more distant sound; if I turn to the North-East I can hear a more complex sound – a greater range of frequencies that includes vehicles slowing and braking as they exit the A34. There are sounds that are closer by too – trucks sit in the lane that leads to Milton Heights; the president of the club is painting white lines and at times we can hear this as the wheels of the line marker work against each other and the paint moves from wheel to wheel before it makes contact with the grass.

The key below is taken from the Extrium English Noise Map Viewer: