Wallingford Town FC are one of the bigger clubs in the North Berks League. They play in Division One and have a home ground that looks like it could belong at a higher level. There is a vast difference between this and the ephemeral situation of Didcot Eagles who play at Brightwell Recreation Ground in Division Five. There are regularly fifty to sixty spectators at Wallingford’s home games. On the occasion that I made this recording I was sitting in one of the stands so the conversations and comments of spectators – rather then the players and coaches – dominate the listening experience.

The most distinctive aspects of the sounding culture of the event on this occasion were spectators clashing with both the referee and the linesman. The first of these exchanges took place between a spectator and the referee. When I say exchange that might be inaccurate as it was – as far as I could tell – entirely one-sided. The spectator was trying to attract the attention of the referee regarding a decision but to my knowledge the referee didn’t respond which led to a series of rhetorical questions from the spectator – was he not through on goal? The spectator walked up and down at the front of the stand getting more and more frustrated as the referee chose to continue refereeing rather than halting play and coming across to discuss the spectator’s opinions. Referees at this level strike a lone figure. The assistant referees are supplied by the competing clubs and there is no other back-up so making controversial decisions or decisions that are unpopular with the most vocal team is a hazardous occupation.

(that’s a penalty)
(definitely inside the box)
(it’s inside the box)
(that’s a red card)
(he’s through on goal)
(he’s through on goal)
(Jesus)
(he hasn’t even spoke to him has he)
(useless)
(Hey Ref!)
(was he not through on goal there ref?)
(was he not through on goal?)
(Ref!)
(was that)
(was that player not through on goal?)
(Ref?)
(was he not through on goal ref?)
(you didn’t even speak to him man)
(absolutely useless)
(useless)
(through on goal ref)
(through on goal)
The second interaction between spectators and match officials was between the assistant referee on our side of the pitch and another spectator who accused him of cheating. The Assistant Referee’s response was to challenge the spectator to a post-game discussion of the offside law – you explain the offside law to me after the game. Whether or not this discussion ever took place I couldn’t say.
how can he be offside from there?
give offside
offside lino
I thought you’d give offside for that wouldn’t yah
cheating little cunt
that’s what i thought
what?
cheater you are
you’re a cheater mate
cheater
cheater
cheater
cheater
(explain to me the offside law)
(explain the offside law)
(what do you know about it)
(what do know about it)
(nothing)
(you know nothing)
(nothing)
(you’re good sitting there)
(you come and do it out here)
(you know nothing)
(nothing)
we’ll see you next week
we’ll see you next week
(you explain the offside law to me after the game)
(in word)
(in word for word)
(explain offside)
Amidst the antagonism between spectators and match officials the verbal culture of the players and coaches communication – while playing a major part in the sounding experience – was indistinct at times. Lots of background noise – a real cacophony – but less clarity. These are the on-pitch comments that I could accurately transcribe:
help him
fucking walking init

keep it
we’re not keeping the fucking ball!
second ball 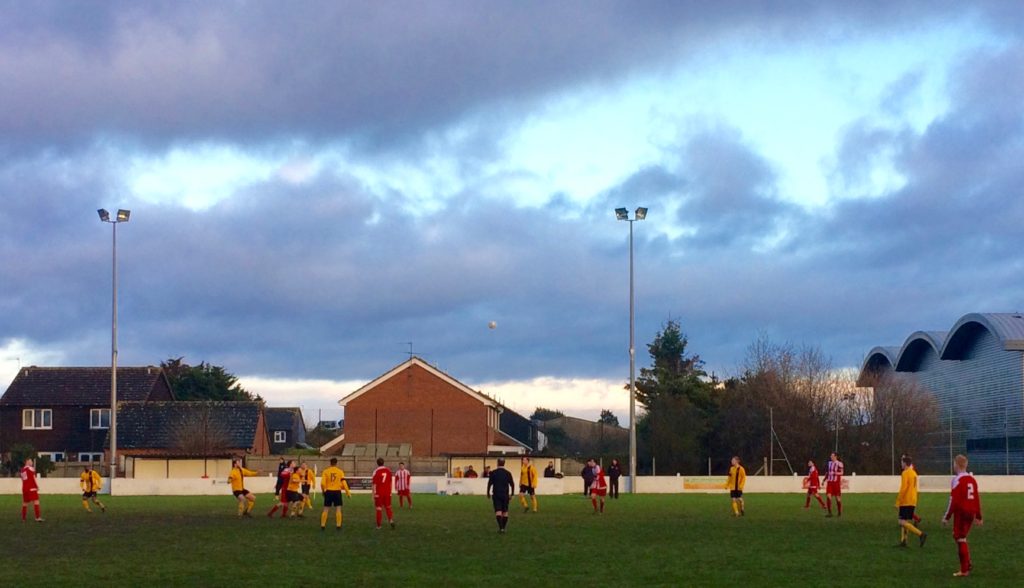