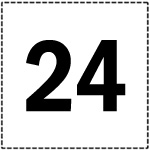 As per this post and in anticipation of the forthcoming Audiograft 2012 festival, during each day in February 2011, a recording created during Audiograft 2011 will be played here as a Sound Diary entry. The whole series will act like an album of sonic snapshots from the festival; though without frames, without borders, and filled with the overspilling sounds of the surrounding world.

Today’s recording features the sounds of paper during a performance of Benjamin Patterson’s “Paper Piece” at the Concept as Score concert in the Holywell Music Room. In the recording you can hear different textures of paper being manipulated in the large, resonant acoustics of the building.