Since becoming a youth coach with a grassroots football club in South Oxfordshire I have found myself spending a lot of time measuring and marking out pitches and then repainting the white lines week after week from September to May. During the course of the season through the multiple iterations of this activity certain characteristics of the pitch can become exaggerated – a goal-line with an ever more pronounced kink; a centre-circle that just seems to get bigger every time it is painted. You also find yourself revisiting and repeating mistakes. At the beginning of one season I made a mistake when marking out the D on the edge of each penalty area so that it was more than a metre too big. I then – somehow – repeated this mistake the following season so that every time I returned to paint the lines I had the familiar  experience of thinking ‘I must fix that’ and yet somehow never got ’round to it – much like the various dysfunctional door handles at home that need to be fixed but somehow manage to maintain their idiosyncratic qualities year after year.

This recording was made in January 2016 on the Bullcroft in Wallingford. It starts as I set off from the pavilion with the white-line marker and ends as I return having marked out the pitch. I made the recording with a pair of binaural microphones and my R-09HR. The sound moves from the auditory experience of public security – scrolling through the combination on a padlock, opening the latch on the iron gates – to the rhythmic movement of the line-marker with an ever decreasing quantity of paint so that the sound changes gradually across the duration of the recording. For any listeners who have actually undertaken this activity they will know that there is a distinct difference between the sound of a line-marker where all the parts are moving and one where one or more of the wheels just won’t move. There is plenty of shaking and rattling of the machine to get everything moving regularly.

Line-marking is an unexpected pleasure; a time to contemplate; to drift off; to dream; to embrace the outdoors whatever the weather; to tramp the grass and dream of perfectly timed and weighted defence-splitting passes. 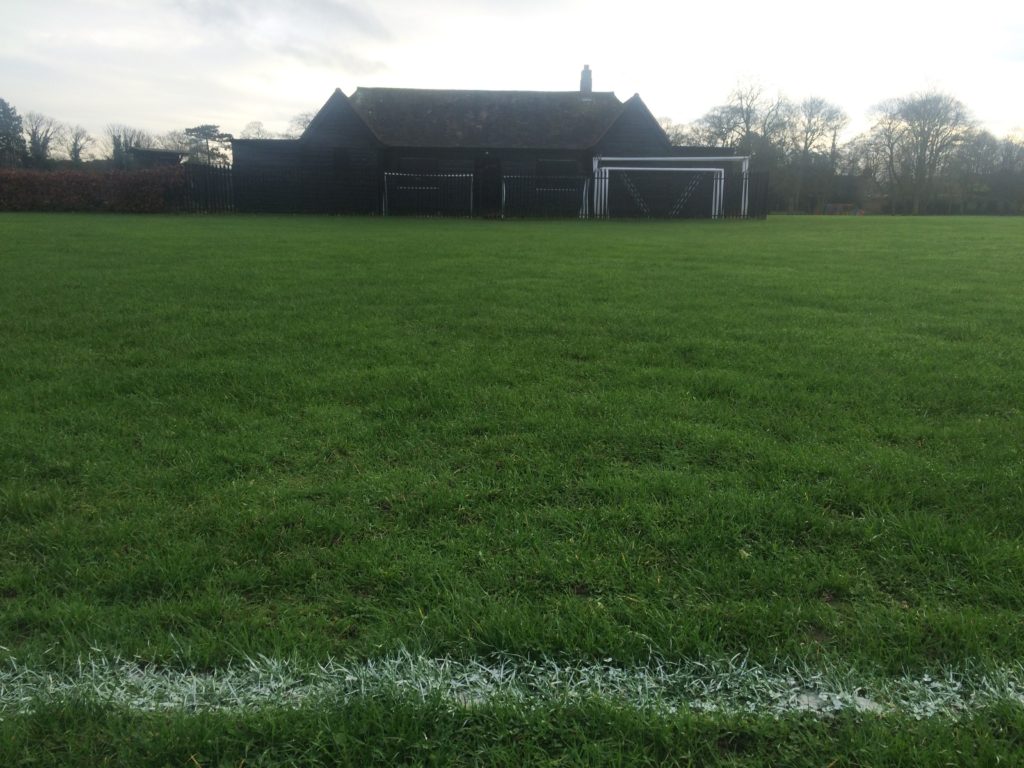