This is the second in a series of posts investigating the close-season soundscape of football pitches on the route between Brightwell-cum-Sotwell and Winslow. There are more details of the project here.

The Village Green at Stadhampton sits at the north end of the village and is divided into several parts by the A329 that cuts north to south; the B480 that heads north-east to Chalgrove; and Cat Lane that winds south-eastwards and then peters out. The largest part of the green accommodates the football pitch that is the home of Stadhampton FC who – in 2016-2017 which was their first season – played in the First Division of the Upper Thames Valley Sunday League. The goalposts are still standing.
I have visited the Village Green a couple of times to listen and record: 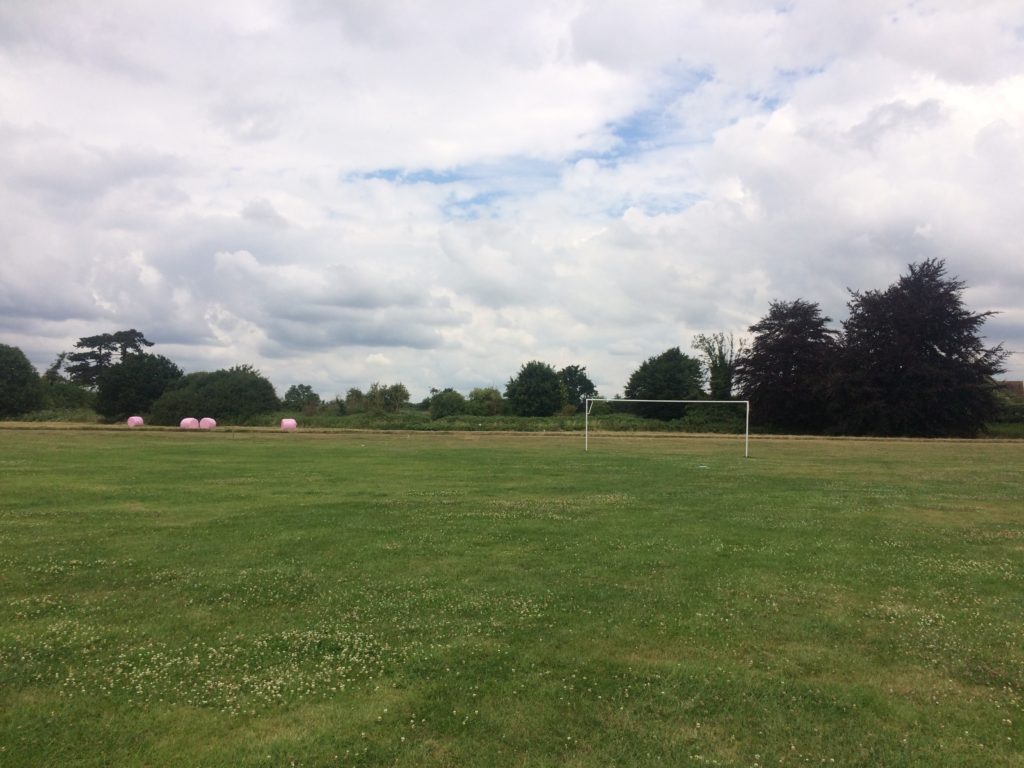 (looking north towards the B480)

Crow overhead – two calls made simultaneously with the sound of a passenger jet; swifts flying low; a large articulated lorry bounces through pot-holes that make an instrument of its trailer – the sound resonates across the green; a dog barks and the sounds of agricultural industry can be heard – perhaps a JCB moving earth or clearing a path – or perhaps the sound of outbuildings being removed; a single jackdaw call; the smooth white noise of the road like a wave receding from the shoreline on a beach of small pebbles – Aldeburgh perhaps – the sound is constant but rises and falls; a babble of hedgerow birds in the distance – a chaffinch the chief noisemaker amongst them; wood pigeons call from a rooftop; a group of rooks call; a fly passes my right ear; another light aircraft progresses slowly across the sky with the steady pulse of tremolo propellor sound; all of the sound-making activity is on the fringes of the green – only the darting swallows enter the space regularly; a car passes – tyres on grit and gravel – the sound fades quickly; the chaffinch is back and a military helicopter passes to the east hurling tremolo waves of sound to all sides; as the helicopter passes a passenger jet can be heard high above the clouds. 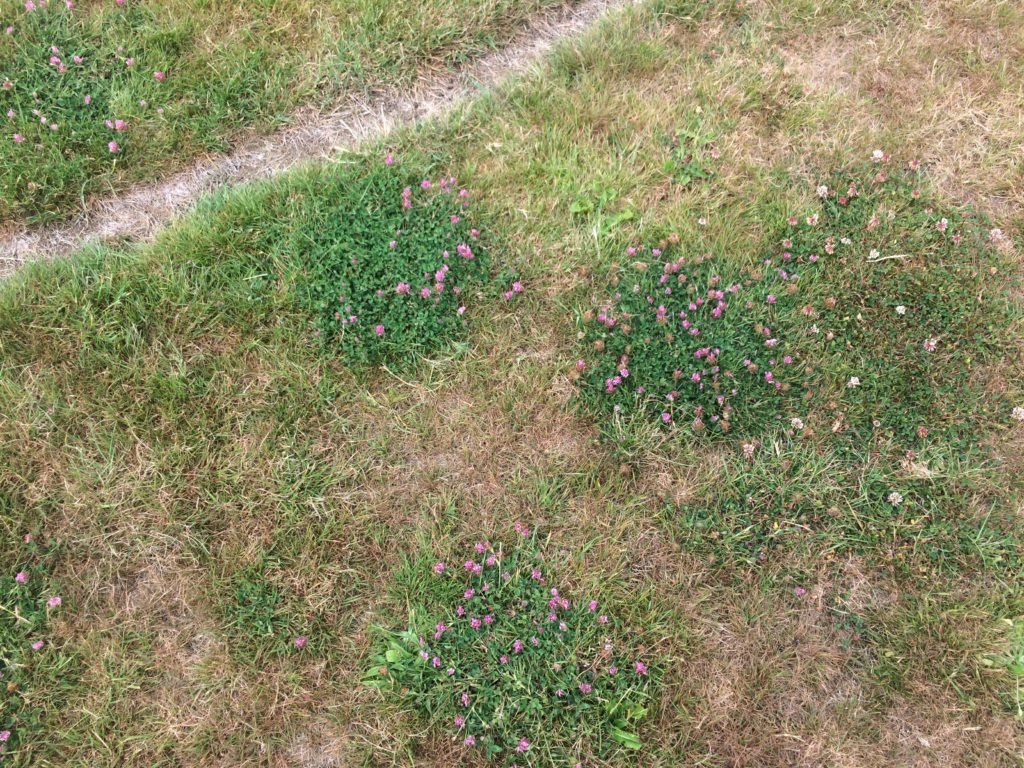 (red clover flowers near the scorched markings of the centre circle)

Wind shakes the screen of trees along the Eastern edge of the village green; a single light aircraft overhead – distinctive tremolo of diesel engine; sounds of agricultural industry – a resonant metal trailer-ramp hits concrete – pallets are dropped; the bright droning sheen of tyres on asphalt blends with the wind; birdsong from several directions simultaneously; the sound of an accelerating engine rises above the road surface drone; a collared dove call duets briefly with an abandoned pasty wrapper that moves slowly across the grass with the erratic breeze – and then darts away caught by a sudden gust; rook calling; a chorus of wood pigeons now; twin copper beaches at the northern edge of the green are sounded by a sustained gust of wind that then moves on to the eastside of the green creating sound in its wake; a diesel-engine truck reversing; the rattle of trailer and grind of gears as a refuse truck passes and is swiftly followed by the call of a red kite and the distant flap of wings; a kazmierczak truck passes but its contact with the road surface is soundless at this distance until a dull thud as it hits a pot-hole – perhaps the truck is full and the weight of the trailer is deadening the sound; a flat-bed truck passes straight afterwards – its base a resonant metal sheet – rattling freely and accompanying the sound of children calling in the playground.

On this second visit to green on July 10th I also made a sound recording: