This is the fifth in a series of posts investigating the close-season soundscape of football pitches on the route between Brightwell-cum-Sotwell and Winslow. There are more details of the project here.

The village of Ashendon sits between Upper Pollicott to the south and Westcott to the north-east on a road that heads north from the Aylesbury Road and connects with the A41 to the north-west of Waddesdon. At its southern end the road – at that point called Cannon Hill – climbs to a crossroads and then descends into a shallow valley before rising to a ridge on top of which sits Ashendon. As I entered the village I noticed a set of goalposts; turned left into a small car-park; and headed up the hill to the west end of the pitch. I didn’t have any sound recording equipment with me so I sat, listened and made a note of what I could hear. 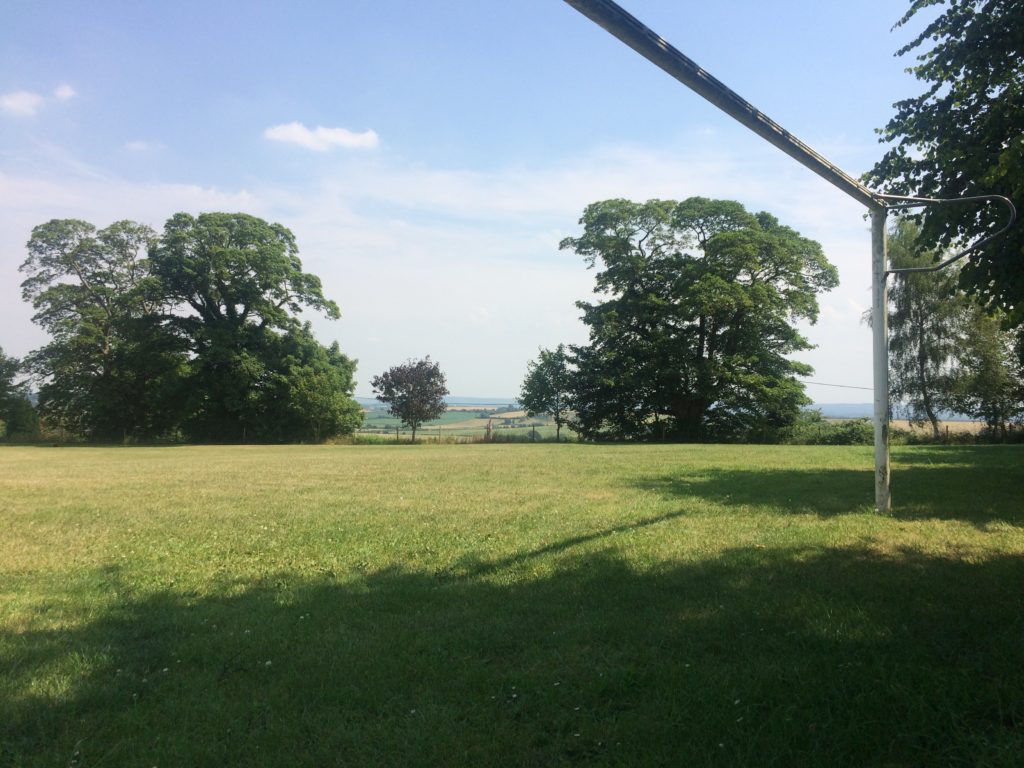 (Sitting behind the goal looking down the slope)

1.
Reversing van pulses with white noise; passing car approaches and departs a slow-motion wave of sound; wood pigeons call in the distance; cars pass matching their sound envelopes – a meeting of waves; gentle breeze disturbs the trees; a blackbird calls from beyond the pavilion; a fly passes close by; the wings of a small bird – flapping; rattling cement mixer and white van meet, pause, continue; the squeal of brakes; a chaffinch calls; the leaves of the Oak treeshake in unison and form a barrier of sound between my position and the lane; two airplanes – one to the North, one to the South – the sound of their droning propellers rises and falls – left to right, right to left; one is dominant now and blends with the leaves in the breeze –  a drone powered by diesel and air pressure; a passenger jet – distant rumble; a rook calls in the gap between passing cars; antiphony between air traffic and the approaching protesting roar and squeak of a large trailer; a train sounds its horn to the South.

Ashendon Playing Field is the home of Ludgershall United FC who play in the Aylesbury and District League. The pitch has a distinctive slope and I imagine that a fair number of strikes on the goal at the east end of the pitch – at the bottom of the slope – finish with the ball being lost in the churchyard to the east.

On my second visit to Ashendon I had my equipment with me. There was a strong wind, so strong that many of the distinctive sounding characteristics of the area – the vibrations of distant jets, helicopters, and light aircraft; the phasing white noise of the passing traffic; the calls of red kites and wood pigeons – were obscured by the many and various sounds of the wind as it shook branches; whistled through bushes and shrubs; and turned the long grasses around the pitch into a multitude of whispering aeolian devices. 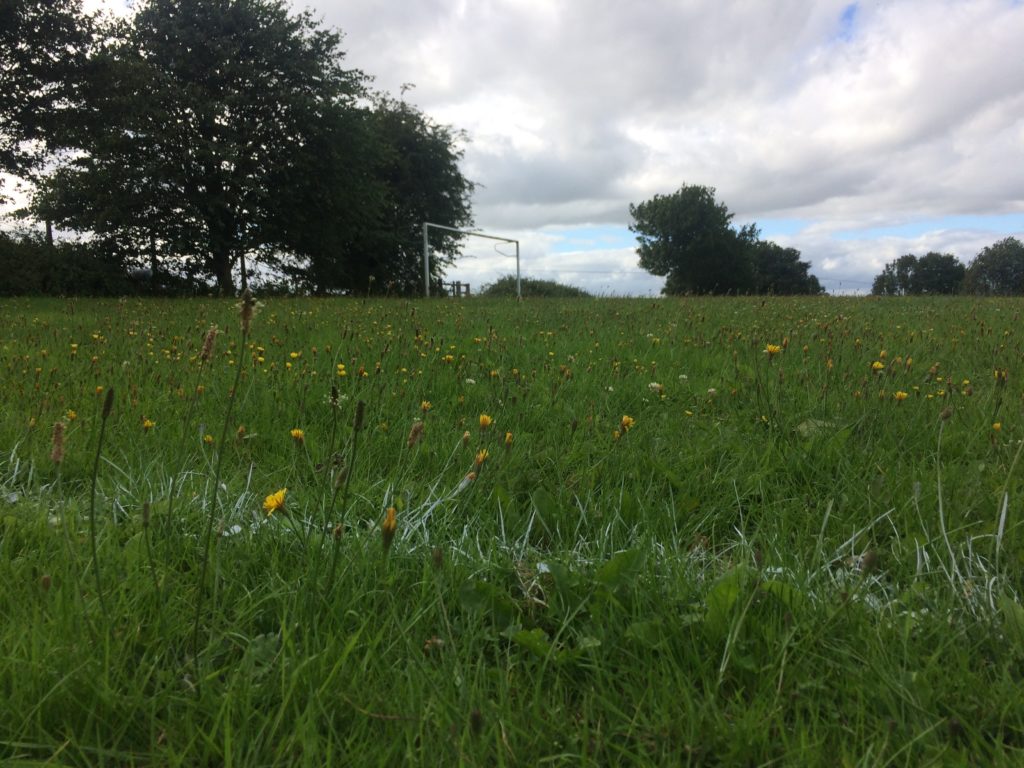 (looking west up the slope from the touchline)