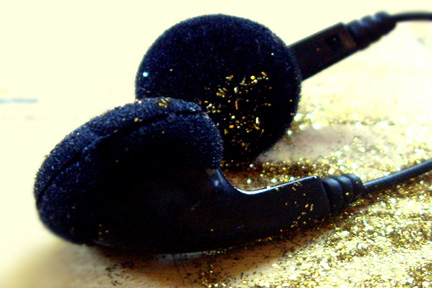 When Sound Diaries was launched in 2008 by myself – Felicity Ford – and Paul Whitty, we commenced the project with an Advent Calendar. The challenge we set ourselves was to record and upload 24 seconds of sound during each day of Advent 2008, and to capture everything from the banality of the pre-Xmas period to the festivity of the season in sound. You can hear the audio that we collected during that time here.

In 2009, we decided to embark on a similar project, recording 24 seconds of sound per day as in 2008, but this time using in-ear or binaural microphones. You will be able to hear the sounds which we collected during that period in due course, and we recommend that you listen on headphones.

In 2010, we decided to create an open-submission format for the Sonic Advent Calendar, and we had contributions from many different folks, all of which will be available to listen to in due course.

This year, we have decided – in a review of our respective recording practices – to present our holiday recordings from warmer places here, to brighten the Wintry days, and to showcase some of the audio which has accumulated on our respective hard-drives through our ongoing dedication to recording life in sound.

If you have any ideas for a Sound Diaries Advent Calendar 2012, we would love to hear them. Just leave a comment.